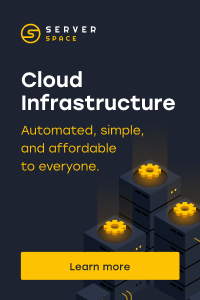 The #joke_makers from UK: the wrong #NBS https://www.thenbs.com/our-tools/construction-information-service with the real details from the original NBS. Hey guys, look at the flash in your eyes: Ping-!-Pong. The story: the specialists from the crime side did a lot of copies of NBS since 2011, I think, to cloak the #business #branding of the #original NBS https://lovesunpeace.com/102/wirtschaftskanzlei-nbs-original The creative people did even their logo style as the fascist logo https://web.archive.org/web/20130423094454/http://www.thenbs.com/ no one business in Europe would make it so. It came to the integration time of Caucasus people the environment of the original NBS. If your guys really did it so, I changed your comic #government and I will kick you away from the the European market, is that okay for you, “architects” from the Matrix? But, of course you don’t did it so and you are not the #freaks from #BKA or #MI6. I too. #lol Still in the construction business? May be the British sector of Germany in #Hilden #construction #crane business in the New York? https://lovesunpeace.com/102/360-sanitaeter#comment-497 Everybody, learn: never ever steal the branding or try to make fakes, except it is a mistake. The time machine: That webpage production guys seems to do the historical fakes too, the copying of the style changing activities and document it circa 3 years ahead in the virtual documents, like the TV-production did it on 1tv.ru to the attack times in the real life in #Cologne: they says “with NBS you’re always one step ahead” https://web.archive.org/web/20040710075404/http://www.thenbs.com/ so now I let investigate because of very special crimes with deaths. #kiss for #profiling Their aim/part of business is specified as #riba – “catching the big #fish”, mister Lynch/Bastrykin. How it works: NBS Chorus: “Fully #cloud-based Comprehensive, authoritative content Integrate #model and #specification Multiple users, working at once” https://chorus.thenbs.com/home I think it is about #scam #digital #terrorism #prank I saw that kind of prank here: https://lovesunpeace.com/102/fantastika now I think, the guys, who makes the trolling copies of businesses are the #killers, so we know, that will happens now. Read the disclaimer, it’s just the opinion, a lot of #kisses to all sick #architects and #neighborhood agencies #staff called like #Langley city etc. illegal #counterintelligence #sect #cult #psycho #treat UK #extremism #killers The very special #activity outside of that #context: the making of the information events, that looks exactly how your newest #events: so for example you say “2050”, somebody from the aimed persons in the foreign government or an actor says “2050” next time you are online or near (now fully #digital controlled) #TV. That is most probably not the same “2050” in the same context you mean, but it could looks so for you, because of additional signs and quantity, you get the show presented. WARNING: They want, you believe in something. If you do so in the political context, you are the legal aim for legal killers of the #Queen. Businesses are often the aims, because the poor James BoNDs are “#young an need #money”… #information_war #radio_interception #special_services the #bad_guys from the #home_office #provocation

Share here your pictures, short :-)emotions, 8-links, backlinks and #hashtags. ‘Micro-!-News or Ping-!-Pong’, as we call it. Every ‘ping’ or ‘pong’ gives you + to your online reputation.

+ Be famous in only 20 seconds
+ Share your emotions!
+ Be a serious newsmaker.
+ Timestamp your evidences (CET time)
+ Make small visit card online
+ Catch the readable URL
+ Set links & backlinks for SEO
+ Save notices
+ Collect bookmarks
+ Promote your information
+ Customer reviews
+ Use #hashtags to be in context
+ Keep control over password
+ Anonymity: no user profiles, but you can leave signature


Keep the rules in mind.

Disclaimer in the name of each user: every Ping-!-Pong, post or comment, if it is not the fact, is just an opinion and must be understood as an assumption. No liability for external links. We can not investigate or let investigate each insult crime incident, made in microblog. Because of that, to improve the legal security: fictional characters, coincidences with real people are accidental.

Impressum / Imprint (with higher law legal restrictions because of §13 StGB by authorities, сriminal complaints are pending since years)